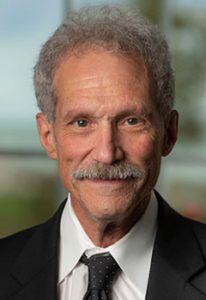 After a year of writing this column for the Wisconsin Law Journal, it is time to take a look back at the main issues for the year. This affords me the opportunity of taking another kick at such cats as seem to warrant another kick.

The biggest trend during the year was the lack of activity at the court of appeals level. Typically, there are several published court of appeals cases to critique — and perhaps criticize. This year, there is exactly one – count ‘em – published family law case at that level and even that case did not revolve around a family law issue.

Instead – and quite unusually – almost all of the action was at the Supreme Court level. That includes one published decision and two pending for decision in 2020.

The published SC decision, and undoubtably the greatest development in family law of the year, was the grandparent visitation case, Michels v. Kelsey, 2019 WI 57, 387 Wis. 2d. 1, 927 N.W.2d 486. The majority found Wis. Stat. §767.43(3), the “Grandparent Visitation Statute,” is not facially unconstitutional as it is sufficiently narrowly tailored because a grandparent must overcome a presumption in favor of a fit parent’s visitation decision with clear and convincing evidence that the parents’ decision is not in the child’s best interest. Two justices concurred and would have struck down the statute entirely. With some reluctance (I’m a grandparent myself), I preferred the concurrence as it would entirely eliminate the detrimental effects of litigation on children. Once again, the Supreme Court totally failed to consider this factor. While the statute has been so limited as to make it difficult to conceive of fact situations where it might apply, it is not so difficult to image that there are grandparents who will try anyway due to the crack left open by the majority.

Of the two cases still pending before the court, the most interesting one is Miller v. Carroll, No. 2019 WI App 10, 386 Wis. 2d 267, 925 N.W. 2d 580, or the “judge on Facebook case“, which is the only published court of appeals case in this area of law. In Miller, the court of appeals reversed and remanded a custody case due to the appearance of impropriety by the trial judge who accepted a “friend” request on his Facebook page from a litigant while a custody case was under consideration. Although the case is not on a substantive family law issue, it has such potentially wide-spread implications that it seems dangerous for a blanket decision based on an unusual fact situation. Therefore, I recommended that the court adopt the suggestion of the amicus brief filed by the Wisconsin Chapter of the American Academy of Matrimonial Law that the Supreme Court set up a committee to study and recommend rules for the use of electronic social media by judicial officers. This case is scheduled for oral argument in January.

Also pending before the Supreme Court is Pulkkila v. Pulkkila, No. 2018AP712. In that case, the court of appeals sensibly reversed a trial court for refusing to impose a constructive trust over the proceeds of life insurance in a case in which an ex-husband, contrary to a court order, changed the beneficiary designation to his new wife. To me, the overriding issue is whether a court order has any meaning or can be ignored with impunity. I hope the Supreme Court will agree with the Court of Appeals and rule consistent with the former.

In other columns, I questioned the proposed rule before the Wisconsin Supreme Court seeking to mandate that a certain amount of GAL training be devoted to “dynamics of family violence” as a solution in want of a problem. Although family violence is a serious issue, it does not dominate time that GALs would be better off devoting to other issues, such as child development.

I also questioned whether the well-intended strict time constraints in the revised relocation law were realistic – or would simply be ignored by the real-life court system. There’s no verdict on this question yet.

Finally, I wrote two columns on the wonders of mediation. In the real life of a divorce lawyer, settlement negotiations and mediation are much more a part of our practice than litigation.

Here’s hoping that there will be more court decisions in 2020. And let me know if you have any ideas for columns on hot and trending issues. Best wishes for the new year!