The Magic of Mediation 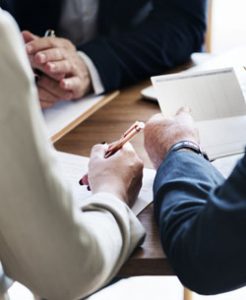 Among the changes in the practice of family law over the years (and there have been many) none have been as significant as the transition of the practice from litigation focused to settlement focused.

Leonard Loeb hired me as an associate because I had served seven-plus years as a prosecutor in the Milwaukee County DA’s office and he wanted me to handle the firm’s litigation. In doing so, I tried a significant number of cases plus an uncountable number of FCC hearings.

The litigation rate in this field has fallen so low that when I present the case law update program for the State Bar or American Academy of Matrimonial Lawyers with Dennis Milbrath and Judge Tom Walsh, we now ask for no more than an hour for what used to take up to half a day. And next year we may reduce that to half an hour.

Why Are Settlement Rates Increasing?

There are many reasons for the increased settlement rate (including the proliferation of pro se litigants), but, to me, the biggest reason is the use of mediation. Once unheard of, then used only for custody/placement cases, it is now SOP when lawyers cannot reach a resolution directly. While I’ve been asked to serve as a mediator occasionally in the past, it has now become more common and an increasingly larger part of my practice.

Both as a lawyer representing a client and as a mediator, its success rate continues to amaze me. There are cases where going into mediation my client (and sometime myself as well) felt we were just wasting our time, but came out with a complete settlement. Many of these were cases that in pre-mediation days would have been litigated (and maybe appealed). As a mediator, it is not unusual for parties to tell me when we reached an agreement that they are amazed that an agreement was reached. And even when there is no agreement at the end of a mediation, invariably the process succeeded in moving the parties closer so they reached a settlement later.

Why is Mediation So Successful?

My feeling is that primarily it lies in the value of a neutral party offering an independent opinion. Most contested issues in family law are gray areas, not black-and-white, meaning that they are very much up to the discretion of a particular judge and, therefore, not likely to be reversed on appeal. If the parties would know the likely result ahead of time, it would be a waste of their time and money to litigate the matter. Simply put, if the result is known, then it only makes sense to minimize the cost of getting there.

Of course, the parties may not like the particular result recommended by the mediator. As I learned in mediation training, that is why the process is so important. While an early neutral evaluation of a case, as some have proposed, may get to the same result, it helps the settlement process for a party to go through the give-and-take of negotiations.

With the training available to mediators today and the track record of success, it is close to malpractice for a lawyer to take a client to trial without at least trying mediation. As Winston Churchill famously said: “Tis always better to jaw, jaw, jaw, than to war, war, war.”

Personal Note: Need a mediator for your family law case? Loeb & Herman offers mediation services. To find out more, give me a call at (414) 272-5632 or by using this form.