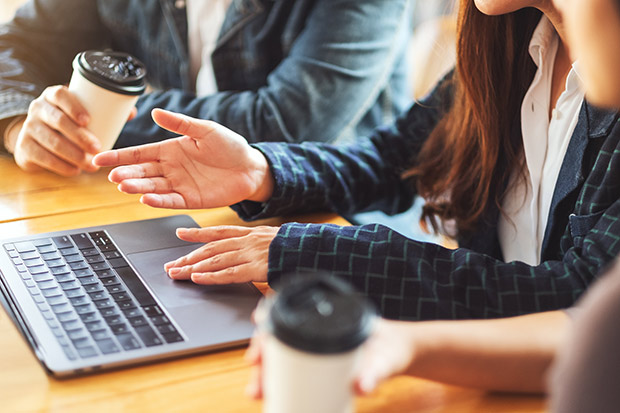 In a previous column, I commented that one of the few silver linings of the dark, dark cloud called Covid-19 is that it has led to an increased use of technology, such as Zoom, and the resulting avoidance of unnecessary costs.

Well, every silver lining has a cloud. In this case, it’s the loss of certain advantages which arise from looking at someone directly in the eye – and I don’t mean using a screen.

To be sure, I’m not retracting anything I said in my previous column. The idea of forcing two lawyers and two parties to attend a ten minute pretrial conference (excluding the inevitable irrelevant remarks: Hey!

How about those Bucks!) instead of just clicking from one’s home or office or cell phone is incredibly inefficient. Two lawyers have to bill traveling time, the parties have to take time off work and sometimes child care has to be arranged, just to name the big sources of costs. And if Wisconsin would just learn from other states, then we’d know even default hearings should be held using Zoom – or done by affidavit with no appearance at all.

But, as with all good things (with the exception of Badger football victories), there are limits. The ease and efficiency of using Zoom sometimes ignores the value of appearing in person. In family law practice, this comes into play primarily at two times: First, in the initial selection of clients and second, in negotiating settlements, especially in mediation.

Regarding the first, not all lawyers are able to select clients. After all, a first-year associate probably does not get much choice in the matter. And, in the real world, some lawyers’ choices are limited when their rent is late. But when I’m asked how I have survived being a divorce lawyer for more than 30 years (I started very young), my answer is “by avoiding bad clients.” I’m certainly not perfect at it, but it is a priority. First, I don’t do the half-hour consultation (sometimes less time) as some lawyers do, as it does not give me sufficient time to assess the client (or vice versa). Second, if possible, I prefer to do Consultation in person rather than by phone or Zoom to get a better read on the person.

Similarly, as a mediator, in-person is preferable. Yes, there are savings that come from not having to travel and from letting lawyers work on other cases while the mediator is meeting with the other party. But settlements are, in my opinion, more likely and better if a mediator can directly take the temperature of a room. And if the matter does not settle – or settle better – what’s the point?

Although the quality of Zoom communication is amazing, nothing replaces the ability to watch the body language of the other person. And although I’ve conducted Zoom consultations and been involved in Zoom mediations, unlike pretrials and status conferences with courts, they are always better in person. And given the importance of those activities, we should do them in the best way. And that, where possible, is in the old fashioned way.