YEAR IN REVIEW: Looking back at happened in 2021 with family law 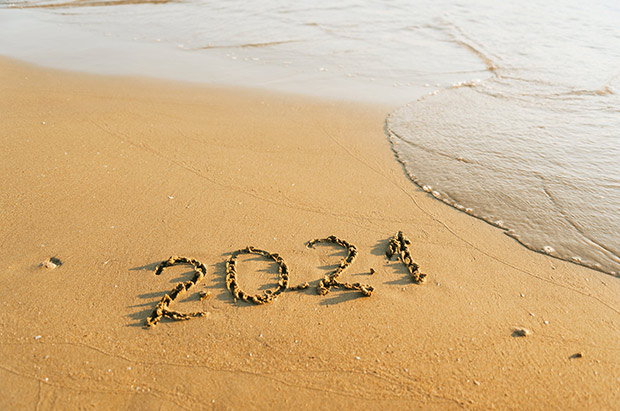 It’s time for my annual year in review – a look back at those new cases and statutes in family law which improve this area of law and those which, well, not so much.

As usual, there are more of the latter than the former. Sigh.

The biggest disappointment was the failure of the Supreme Court of Wisconsin to clarify one of the most common questions in this area of law: What is the difference between a judgment of divorce and one of legal separation? In June, the court decided Kemper Independence Insurance Company v. Islami, 2021 WI 53, 397 Wis.2d 394, 959 N.W. 2d 912.

The case involved an arson by a legally separated husband where the insurance company denied coverage to the legally separated wife. The Supreme Court held that the “wife” was insured under the terms of the policy, and thus denied coverage due to the arson, because Wisconsin’s marriage law recognizes her as a spouse notwithstanding the judgment of legal separation. The Supreme Court held that under Wisconsin law “…a judgment of legal separation does not terminate a marriage…there are…rights and obligations remaining in the marriage after a legal separation.” As I asked in my article on the case, then what, pray tell, is a legal separation?

Precisely what rights and obligations remain? Debts? Inheritance? Being responsible if your legally separated spouse burns down your house? The Supreme Court did not even consider these important issues which frequently arise when advising clients.

Although the Court of Appeals took the year off (at least for published family law cases), the Wisconsin legislature most definitely did not. Among the new statutes passed, 2021 Wisconsin Act 35 wiped the term “Family Support” from the statutes. The tax benefit is now gone in order to partially offset various tax cuts. Thus, the benefit of minimizing litigation involving children, which family support accomplished, is eliminated due to political considerations since no one lobbies on behalf of children. The Wisconsin legislature, almost entirely made up of non-lawyers (only about 10% of senators and representatives have law degrees and precious few have ever actually practiced law), had no reason not to pass the law. Once again, sigh.

On a (slightly) more positive note 2021 Wisconsin Act 20 partially reversed the effects of Culligan v. Cindric, 2003 WI App 180, 266 Wis. 2d 534, 669 N.W.2d 175, which prohibited contingent custody or placement stipulations, thus becoming one of the worst decisions by the Court of Appeals – and that’s quite an accomplishment. Cindric prohibition of such agreements (e.g., specifying a school district for a child in the future) exhibited the lack of knowledge by Wisconsin courts of the detrimental effect of litigation on children. The new statute allows a court, with certain exceptions, to approve a stipulation for modification of legal custody or physical placement upon the occurrence of a specified future event that is “reasonably certain to occur within 2 years of the date of the stipulation”. It’s not perfect, but it’s an improvement and any improvement is welcome.

Perhaps the biggest change in family law practice (maybe all legal practice) in the last two years is the use of Zoom technology. Zoom hearings have eliminated a huge amount of inefficiency in the practice of law by eliminating driving, parking and waiting while the court conducts other business for what is often a 10 minute pretrial just to get a new date. And this does not even take into account the savings when both clients have to take off of work or find (and pay for) day care for the same 10 minute “proceeding”.

In addition to authorizing such use of technology, trial courts should be ordered to conduct proceedings in the most efficient manner. That way something good can come out of this horrible pandemic and, less importantly, give me something positive to report on next year!