The U.S. Supreme Court and politics 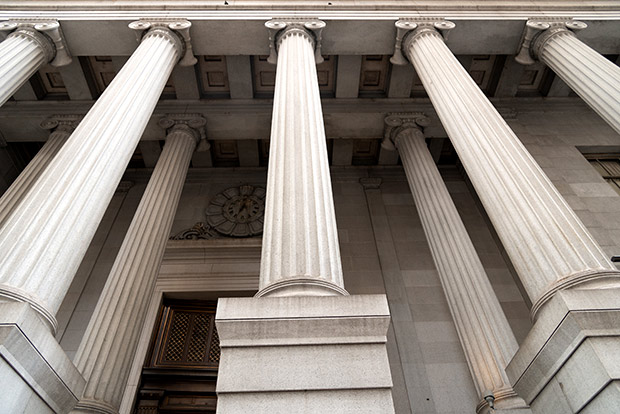 It would be pointless to write a column on the United States legal system and ignore the two significant cases which the court decided this week. One case, New York State Rifle and Pistol Association v. Bruen significantly expanded gun rights by striking down a New York law which restricted the right of New Yorkers to carry handguns in public.

The other case, Dobbs v. Jackson Women’s Health Organizations overruled Roe v. Wade. No, I’m not brave enough to discuss the merits of either issue.

But I would like to discuss what these cases have in common and what it might mean for our legal system.

As pointed out by the Washington Post and others, both cases run contrary to public opinion, at least if you believe the polls. The polls show significant support for restrictive gun laws and at least some reproductive choice. In facts, Americans opposed overturning Roe by a wide margin. Since we know that the Supreme Court is not immune to politics, what gives?

Part of the answer, of course, is that the Supreme Court does not rule according to popular opinion. Then again, neither do our legislatures. In a representative democracy, voters empower our legislators to enact laws. Since most (all?) legislators are far more interested in being re-elected or elected to a higher office than they are in public welfare, they vote accordingly. So, where an issue has a vocal, committed constituency which will bullet vote, meaning voting on that issue alone, the effect will be that the committed few will prevail over the more complacent majority. And that is how politicians assess the political effects of these issues. That is, they could pay a political price for opposing the committed minority, but not for opposing the more complacent majority. So, guess which way they vote.

There is nothing undemocratic about this. In fact, the results perfectly reflect the elective process. Thanks partly to Justice Ruth Bader Ginsberg, the hero of the pro-choice movement, deciding to remain on the court into her 90s despite substantial health issues, President Trump , who was duly elected in 2016, got to make three appointments to the highest court. Elections have consequences and those appointments made all the difference.

Perhaps anti-gun and pro-choice voters will be perceived as bullet voters by politicians in the 2022 and 2024 elections and beyond. But until that happens, the state legislatures are unlikely to reverse these decisions by the Supreme Court.

Is the result of these cases good policies? As I said, I’m not getting into that (and don’t assume that my opinions can be ascertained from my comments above). My point is that the cases are consistent with our political system, good policies be damned. If anything, it’s a comment on our political system and maybe democracy itself. As Winston Churchill said: “Democracy is the worst possible form of government. Except for every other form.”