THE GATES DIVORCE: Proof, if any were needed, that money doesn’t equal happiness 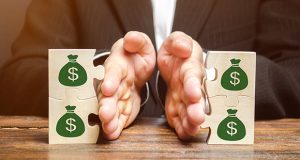 The most discussed divorce case in social media today is the one recently filed by Bill and Melinda Gates. Although certainly not a typical divorce case, a few comments seem warranted, perhaps because of its unusual quality.

First, although the case involves unbelievable amounts of money, from a family-law standpoint, substantial wealth makes a case easier to resolve. Probably the easiest mediation which I have ever conducted involved an estate in excess of $1 billion. There was plenty of support, such as business attorneys, accountants and – importantly – therapists, which were of great assistance. Both parties had way, way too much at stake to risk litigation. And there was plenty of money for movement. After all, when the net estate equals zero or less (which is the case in many divorce cases) there isn’t a lot to trade in negotiations.

Second, the Gates divorce proves the adage that money is not what makes one happy. The New York Times reported that Gates pursued women who worked both at Microsoft and at the Bill and Melinda Gates Foundation. Beyond that, Gates apparently had meetings with the convicted sex offender Jeffrey Epstein, who committed suicide after being charged with sexually abusing dozens of young girls in the early 2000s. An interesting choice in friends, to say the least, and apparently Melinda was not amused.

My experience is that infidelity is usually the symptom of marital problems, rather than a cause. In other words, infidelity rarely happens in happy marriages.

Rather, it is when a marital relationship is otherwise compromised that a spouse acts on a temptation rather than ignoring it. Whether this was the case for the Gateses and, if so, is a matter for speculation. What is apparent is that all the money in the world did not equal peace and contentment.

In any event, Bill and Melinda did one thing right. When they announced their divorce, they posted identical and simultaneous tweets saying that “after a great deal of thought and a lot of work on our relationship, we have made the decision to end our marriage.”

They have three young adult children. Watching your parents divorce is always painful, regardless of your age. Having it play out in the media exacerbates the pain. Not casting blame is a good strategy. As frequently opined in my columns, children are frequently harmed more by conflict between their parents than by any possible outcome. That applies even if the children are adults – and even if their parents are among the wealthiest, in financial terms, on earth.