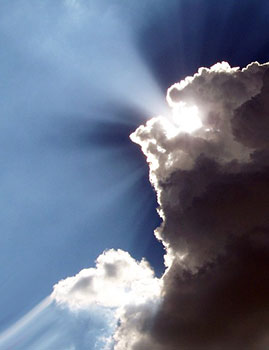 My mother used to say that it takes a very ill wind to blow no good.

The COVID-19 outbreak is as ill a wind as I’ve ever seen. Does it blow any good for our legal system? Or to rely on a different metaphor, are there any silver linings in a very dark cloud?

Although they certainly don’t outweigh the tremendous harm this awful virus is causing to our legal system (to say nothing of society as a whole), there are a few good things which might come out of this. And given all the bad things, the legal system should take advantage of any good thing, no matter how small.

One beneficial development is the increased use of telephone or Zoom court appearances. Although some counties have always allowed certain pretrial procedures to proceed by telephone, others have not. The cost of personal appearances is rather significant and much of it is wasteful when all that happens is a brief conversation with the court and a date to come back.

Previously, in many counties, both lawyers had to drive to court, wait for the judge, engage in a meeting and then drive back to their offices. Both parties had to arrange for time off from work and sometimes child care. In addition, although the cost of gas and parking may not be significant, it is wasteful. With the shutdown, courts are using electronic means of appearances.

Although this can present some difficulties of its own (the first one I did, my receptionist decided to adjust the blinds in my office to reduce glare. Noticing a knot at the top, she climbed onto the window sill just as the Zoom conference went live. It looked to everyone like she was about to jump from the 19th floor), these issues are less a concern than the issues of live appearances, which include possible delays due to weather and traffic. No Zoom conference has ever had to be rescheduled because of a snowstorm.

For that matter, why should parties and their lawyers, be required to make a personal appearance for a default hearing? Wis. Stats. §767.235(1) requires that “…all hearings and trials to determine whether judgment shall be granted…shall be before the court.” During these difficult times, some counties have allowed parties to waive this requirement, just as all sorts of legal requirements can be waived by agreement. After all, criminal defendants can (and often do) waive their constitutional right to a jury trial.

The argument for personal appearances is that they allow courts to confirm that parties knowingly and voluntarily entered into an agreement. Failing to allow the court to view the parties could lead to trouble down the road. That’s valid, but how often does such a determination ever make a difference? And, when it does, is it worth the cost which is incurred in all of the other cases?

One idea about our system of American jurisprudence is that we have 51 laboratories for experimentation (including Washington D.C.) and there should be some cross-learning. So, as a totally unscientific experiment, I asked some friends who are experienced family law attorneys for the rules in their states. Lawyers in the following states said that no personal appearance is required in most or all default divorces: Oklahoma, Oregon, Alabama, Pennsylvania, California, Kentucky, New Mexico, North Carolina and South Carolina. All reported no difficulties with their process.

Again, my informal survey was of only a fraction of the fifty-one jurisdictions, so my suspicion is that Wisconsin is in the minority by requiring an appearance for an uncontested divorce.

As is true with pretrial proceedings, the cost in legal time and lost work time for requiring a personal appearance is significant. So, to the extent an affidavit procedure could lead to a problem in a few cases (which does not seem to occur in states which allow such a procedure), any such problems would be outweighed by the savings.

Finally, although this is not strictly related to family law, one results of the outbreak has been the U.S. Supreme Court’s decision to allow live audio broadcast of oral arguments. The Wisconsin Supreme Court has long provided for such access, but neither court allows video broadcasts. I’ve never understood the reluctance to do so. I’ve made several appearances before the Wisconsin Supreme Court and (well, with one exception) they have been the high points of my legal career. Both during my appearances and when I’ve listened to arguments or read transcripts, I’ve been amazed at the high level of discourse.

For the most part, it’s bright lawyers and judges, highly prepared, discussing the role of law in forming our society. In most cases, it’s simply majestic. In our highly visual 21st century society, one would think that the court would want to promote access in a video format rather than stand opposed to it. Go figure.

None of this outweigh the costs of dealing with the COVID-19 outbreak. But it would be a relief if this very, very ill wind (no pun intended) blew at least a little bit of good.