RIGHT OF FIRST REFUSAL: Why attempts to minimize time with third-party caretakers might not always be in children’s best interests 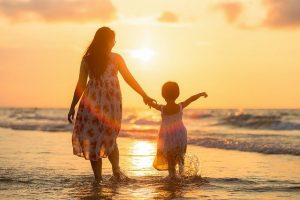 Some things sound better on paper than they turn out to be in real life.

One example is a notion called the right of first refusal, or ROFR, which is intended to maximize the time a minor child spends with a parent rather than with a third party. On the surface, the ROFR makes sense. After all, it’s generally preferable for children to spend more time with a parent than a third party. But life tends to play out differently.

A recent unpublished court of appeals case, which is citeable for its persuasive value, illustrates the difficulty with this idea. On March 3, the District IV Court of Appeals partially affirmed and partially reversed various contempt findings in Hanson v. Beach, No. 2019AP1388. Some of the contempt issues involved a clause in the parties’ settlement agreement providing for an ROFR.

In Hanson, the parties’ settlement agreement included a mutual ROFR that would apply in the event that one party were unable to exercise placement time with the children. As a result, the father in the case was found in contempt for violating this provision for allowing his girlfriend to drive the children home from school (a 15 minute drive) and also for allowing an older sibling and his girlfriend to care for the younger children on occasion. Although the appellate court sensibly reversed the contempt finding for the 15 minute drive home from school, finding it was an unreasonable interpretation of the ROFR provision, it affirmed the other contempt finding.

In analyzing ROFR provisions, it’s helpful to make a few assumptions. One is that there is nothing inherently wrong with a particular third party. If a step-parent, for example, was a registered sex offender (to use an extreme example), any placement would be harmful. But most third parties, be they step-parents or child-care providers, are, at a minimum, perfectly safe for children. In fact, many provide warm, caring and loving environments. The second assumption is: Fighting over children is inherently harmful to them. This harm should be considered as part of any benefit and risk considerations. Put another way, even if a child might be marginally better off with a parent than a step-parent, parents (and lawyers) who consider ROFR provisions should consider whether any likely advantage outweighs the likely harm that will be done to a child should a disagreement arise and then lead to fighting or, as in Hanson, litigation.

Although certainly not all parents with a ROFR in their agreement end up in contempt litigation (not to mention in appellate court), the risk is nonetheless present since it adds a level of requisite communication and cooperation between parents. It would undoubtedly be beneficial if parents would appropriately communicate and cooperate regarding their children. But if all parents were so good at doing that in real life, the odds are that far more marriages would remain intact than actually. So, although ideally the law should encourage communication and cooperation, it would actually be advantageous to many children if communication was held to a minimum since doing otherwise can increase the likelihood of children being caught in the middle of their parents’ battles.

Long ago, a physician client taught me a saying that is commonly preached in medicine: “Perfect is the enemy of good.”

That very much applies to these agreements. Calls for maximizing time with parents rather than third parties are good. But the value of minimizing conflict between the parents, which sometimes requires minimizing communication between them, can also outweigh any hypothetical benefit.