Who’s Life Is It Anyway? 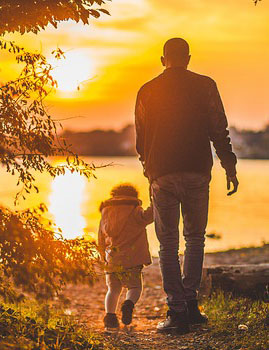 One of the most common questions clients ask me is: “When do the children get to make the decision as to placement?”

Unlike some states which provide specific ages, Wisconsin has some statutes that merely make the wishes of the child one of a large number of factors which courts are to take into account. Wis. Stats. §767.41(5)(2).

A recent unpublished, but citeable, Court of Appeals decision makes an interesting (in want of a better word) comment regarding this issue. In many cases, when a child’s age is at one end of the spectrum, the answer is obvious.

Children who cannot talk, for example, are unable to express an opinion. The other end of the spectrum usually provides an obvious answer as well: Teen-aged children with a driver’s license and a car are the equivalent of an 800-pound gorilla. Where does an 800-pound gorilla sit? Anywhere it wants.

The in-between ages are the uncertainty range. This is generally between the ages of (about) 5 and (about) 15.

In many cases, children do not want to be put in a position of having to make this decision. As one incredibly bright and articulate young girl put it to me when I served as her GAL: “Why is everyone asking me who I want to live with? I think adults should make that decision and I’m just a kid!”

There are a number of “in between” cases, however, in which the child is this mature or articulate – or, in the worst cases, prompted by a parent to express an opinion. Those can be difficult because it is usually impossible to ascertain the influence of the parent.

Wisconsin statutes list the wishes of a child as one of the (many) factors to be considered by the court. The wishes may be conveyed to the court “by the child or through the child’s guardian ad litem or other appropriate professional.”

On June 23, Franks v. Smiley, No. 2018AP2278, the Court of Appeals affirmed a trial court which had modified a divorce agreement to provide the father in the case with increased physical placement of his children. Although the biggest holding in the case was that the trial court had not misused its discretion in finding that a substantial change of circumstances justified modifying the placement schedule, the court noted that one of the factors properly considered by the trial court was that the “children have now reached a competency level [nine and six] at which they are better able to express their own wishes”.

Nine and 6? Really? Children at that age should be allowed to express their wishes? One would hope that the competency level would be closer to the age of holding a driver’s license.

Allowing children to play a role in the legal system when they’re very young increases the risk of manipulation and (as expressed above by my ward) future guilt. Actually, below a certain age, regardless of their “competency,” children should be told that placement is no more their choice than it is their choice whether or not to attend school.

What is that certain age? To some extent, it depends on the maturity of the child, but in no event, at least in my opinion, should it be under 10 years old. Although a 10-year old may be the most mature participant in the action (see above anecdote), he or she may simply be too young to make such a decision.

And, of course, some responses by children are healthier than others. As relayed to me by Dr. Ken Waldron, a now-retired psychologist with years of experience in interviewing children in these circumstances:

There are three types of responses from children with separated parents about their physical placement schedule: the healthiest response – ‘I wish I could be with both of my parents all the time;’ A mostly healthy response, but which needs investigation – ‘I wish I did not have to spend so much time with mom/dad. All he/she does is get drunk and yell at us’ (or something similar); and an unhealthy response – ‘I want to be 50/50” or “I want to spend more time with mom/dad.’ By definition, in the last case, the child has been drawn into a psychological war and the collateral damage is to the child. The reason that we do not let young children get married or drive cars or join the military is because they cannot possibly understand the long-term implications of these life decisions.

Fortunately, the Franks case can only be cited for its persuasive value and the wishes of the young children is only one of a number of factors on which the trial court relied. Presumably, trial courts will not be persuaded that young children should be so empowered.