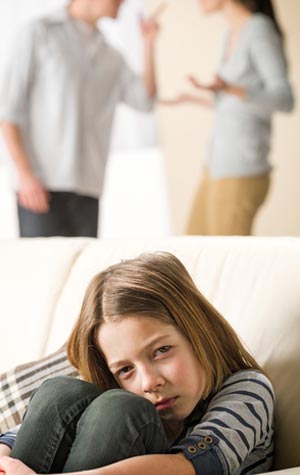 Wisconsin law requires that the best of interests of children are the primary concern of family courts. Courts take this requirement very seriously and want to protect children caught in the middle between two warring parents.

Many years ago, this effort to protect children took the form of identifying which parent was “fit” to have care and custody of the child and award custody to the parent more able to serve in those roles. For younger children, there was a presumption in favor of the mother, called the “tender years doctrine.” In such cases, the visiting parent (usually the father) would typically see the children every other weekend and one evening during the week.

A slow transition over the years has resulted in equal placement being far more common than the former model. Wisconsin statutes do not mandate equal placement. Rather, it requires courts to maximize “the amount of time the child may spend with each parent, taking into account geographical separation and accommodations for different households.” Wis. Stat. § 767.41 (4)2.

Nowhere does it define what is meant by “accommodations” for different households. Moreover, the statute does not address the mathematical contradiction of maximizing time with each parent, as maximizing time with one parent minimizes time with the other. Rather, courts have interpreted the statute as creating a preference for equal placement where circumstances allow. These circumstances mean that there are no severe issues, such as domestic violence, mental illness, drug or alcohol abuse, or geographic distance that would prohibit an equal placement schedule from working.

In the process, however, note that there is no provision for measuring whether a parent is “fit” or whether one parent is a better parent than the other. Rather, our legal system has evolved to accept varied forms of parenting as long as they don’t exceed accepted norms. For example, there are some parents who believe that it is never appropriate to physically discipline a child. Others feel that a slap on the bottom may be helpful at times. Both fall within the range of acceptable parenting. It is not acceptable, however, under any circumstances, to either hit a child in the face or use anything other than an open hand if physical discipline is at all used.

A number of years ago, I had the pleasure of attending a meeting with members of the American Academy of Matrimonial Lawyers, including Dr. Judith Wallerstein, who was one of the leading researchers in the effect of divorce on children. During the meeting, a member asked Dr. Wallerstein if she could identify leading factors that resulted in children having better outcomes when their parents divorced.

Dr. Wallerstein said that there were many factors that went into the equation; however, there are three primary factors affecting children in divorce situations:

Two recent books illustrate Dr. Wallerstein’s point. In Hillbilly Elegy: A Memoir of a Family and Culture in Crisis, J.D. Vance describes an upbringing with a father who was not present and a mother who was involved with drugs and numerous relationships. Fortunately, Vance had the advantage of a loving grandmother, who provided him with a safe home to spend time in between the chaos of his mother’s relationships with various men. In the end, Army service taught Vance needed discipline. He later attended The Ohio State University under the GI Bill and then received a scholarship and graduated from Yale Law School.

In The Last Castle: A Memoir, Jeannette Walls describes a home that makes Vance’s look almost normal. While Walls’ parents stayed together, her father suffered from alcoholism and her mother from a psychological disorder. Her mother showed more interest in her painting than in her children. Walls’ family moved numerous times, often right before encounters with the police or evictions from their homes. She often went hungry, having to go through garbage cans at school to find something to eat. Nonetheless, she, too, found a way to graduate from college and have a meaningful career.

Both of these books are fascinating, not only in describing the culture in which the authors grew up, but in doing so, neither author is bitter or angry. Both books contain a great deal of humor and are written in a loving manner, even toward those we would consider abusive. Yet, both instances prove Dr. Wallerstein’s thesis: that DNA can create resilient children who can thrive under the worst of circumstances.

We can do nothing to control a child’s DNA. Similarly, there is little the legal system can do to require parents to present appropriate home environments. Given the lack of resources, even investigating the status of the home is difficult and, in many cases, impossible. Therefore, we do our best to minimize the conflict between parents and hope that the children are resilient based upon their own psychological makeup.

Even though the current statute is written somewhat ambiguously, its effect by preferring equal placement where none of the above-described counter-indicative circumstances exist, goes a long way towards minimizing the conflict between the parents. After that, we can only hope that the children have enough internal resources that their outcome will be similar to that of Vance and Walls. For that matter, even those of us in intact families hope that our children have sufficient internal resources to profit from any good parenting and survive that which is not so good.