On Family Law in the Military 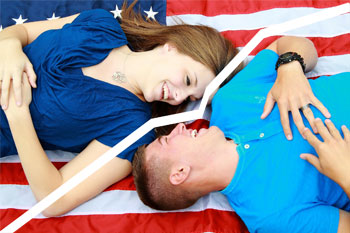 Those who serve in the armed forces deserve the respect and gratitude of everyone. Further, the law should protect those who serve in the military from being harmed as a result of their service. However, this is not a blank check to legislators and judges to make law that is driven more by political pressures than by good public policy.

On May 15, 2017, the U.S. Supreme Court decided Howell v. Howell, No. 15-1031 (2017), in which it held that federal law preempts state law from treating military retirement pay as divisible property when it has been waived in exchange for disability pay. In Howell, the military veteran-husband elected to waive $250 of his retirement pay, which he converted to disability 13 years after he retired. Although the family court had awarded his ex-wife 50 percent of Mr. Howell’s future Air Force retirement pay, by electing to waive retirement pay, it reduced the value of Mrs. Howell’s 50 percent share. The Arizona Supreme Court held that she had a vested interest in the pre-waiver amount of her former husband’s retirement payment, and Mr. Howell had to make up the difference due to his voluntary conversion with disability waiver. The U. S. Supreme Court reversed, holding that state laws are preempted by federal law and, therefore, the wife’s interest would be reduced as a result of her former’s husband’s waiver.

On Dec. 23, 2016, President Obama signed the National Defense Authorization Act for Fiscal Year 2017. In that Act, Congress amended the Uniform Services Former Spouse’s Protection Act (10 USC §1408), which required that a pension for a retired service person be divided as if he or she had retired on the date of the court order dividing the pension as property. The effect is to freeze the retirement benefit earned by still serving military members as of the date of the court order, even if the parties wish to agree otherwise.

Finally, a few years ago, the Wisconsin Legislature amended Wisconsin Statutes regarding modifying physical placement orders by requiring a court to reinstate a physical placement schedule if it was modified due to a service member being on active duty in the armed forces. The amendment requires court to, if  “applicable” (whatever that means), reinstate the schedule that was in effect prior to active duty immediately upon the service member being discharged or released from active duty. Wis. Stat. § 767.451 (3m).

What do these three laws have in common? They are designed to protect the service member without regard to the rights of the former spouse or, worse, a child of the service member. Two were legislative acts and one, a ruling by a court. In all three cases, politics certainly played a substantial role (news alert: courts are subject to political pressures).

The politics is simple. There is a strong societal favor for service members – and for good reason. On the other hand, there is no political pressure on behalf of spouses of service members or their children. Therefore, in our political system, guess which side wins?

Does that mean that any of these are bad laws? Not necessarily. The frozen benefit rule makes sense on a lot of cases. Similarly, in Howell, the conversion from retirement to disability may be an appropriate move for the service member. Finally, we don’t want to discourage people from entering the service or from serving overseas due to fear of losing time with their children when they return.

However, in each case, a court should have discretion to do what is fair in each individual circumstance. There may be cases where a spouse should not have his or her benefits frozen or his or her retirement reduced where they had no choice. More importantly, depending on the individual circumstances of each case, returning the child to a previous schedule may not be in that child’s best interest. This is especially true of children of very tender ages, such as an infant, where the service member may be deployed for a year or more. To that child, the parent is a virtual stranger.

Politics being what it is, there is no pressure on either legislators or courts to enact laws or rule on cases any differently. However, the job of a legislator and a judge is to keep in mind those who do not lobby and cannot advocate strongly (or at all) for their rights. Leaving courts with discretion to do what is right in an individual case should be paramount in all circumstances, given the variety of life circumstances that presents itself in family court.