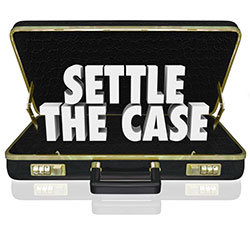 The greatest change in the practice of family law in recent years has been the incredibly higher rate of resolution versus settlement.

As objective proof of this change, for a number of years, I’ve provided case-law updates for various groups including the State Bar Family Law Section and family law judges. As recently as 2012, we reported on 20 new or pending cases. In the most recent program, there were only seven (count ‘em) cases.

The fewer cases litigated, of course, the fewer appealed. Why are so few cases being litigated? Certainly, a major reason is the use of mediation – which was once limited to custody and placement cases – in which there are financial disputes. I have been involved in any number of cases, both as counsel and as a mediator, in which the mediation process resulted in a settlement which undoubtedly would not have occurred otherwise.

That being said, there are better and worse mediators (and mediations). Failed mediations cost time and money. So here are five ways to improve the likelihood of success.

Mediators come in all sorts of sizes and shapes – it is not one size fits all. Choosing the right mediator for the particulars of an individual case is critical. There are three basic categories of mediators.

One category is mental-health professionals, such as social workers and psychologists. For custody and placement disputes, they are perfect, since they can bring into play information regarding child development. In fact, many times, they are really performing therapy while in the process of resolving disputes, a procedure for which lawyers are ill-trained (if at all).

A second category is retired judges. They bring to the table the ability to say the following: “I don’t know what the judge in this case would do under these circumstances, but if I were the judge, I would order the following…” This formulation can be very effective in getting to settlement, since the parties may surmise (incorrectly) that all judges would render the same order. And if they know the probable eventual result, they might as well save money in litigation and just get there. The downside of using retired judges is that many have no background in valuation or accounting.

Moreover, many have never represented clients (a lot of former prosecutors become judges) and they have no experience in sorting through the emotional responses which practicing lawyers deal with daily. Finally, some find the “If I were the judge…” comment too harsh or just not helpful.

The third category is fellow family-law attorneys, some of whom are retired, some not, but who usually have a fair amount of gray hair. Although such mediators cannot bring judicial experience to bear, chances are they have handled similar cases and often from more than one side. They are also usually have experience with emotional matters and are good at defusing them.

Plan to Minimize (not eliminate) Inefficiency

Similarly, there are aspects of mediation which are inefficient. As with surgery, some inefficiency is unavoidable. But good mediators develop strategies for minimizing it.

For example, the start of mediation frequently entails a 15 minute joint meeting, then separate one-hour meetings with each of the parties. As a result, the actual horse trading doesn’t start until about 2 hours and 15 minutes (about a half day) into the process.

One way of minimizing this inefficiency is to eliminate the joint introduction meeting, which sometimes serves only to inflame tempers. Another is to gather as much initial information as possible before mediation starts. This prevents the parties from spending an inordinate amount of time sitting alone (and maybe steaming, which doesn’t help.)

Caucus mediation (which is almost all effective divorce mediation) entails a certain amount of inefficiency. Mediators need to be aware that meters are clicking away and seek ways to minimize collateral bleeding.

In complex cases, it sometimes takes two sessions to get to “yes.” This may be because a party needs time to consider options or – not infrequently – to check or get approval from someone else, be it a boyfriend or a girlfriend, parent or other unlicensed “expert.” It’s often a mistake to force people to quickly make a lot of concessions. That’s why we will sometimes schedule two mediation sessions, the second one of which can be cancelled if it’s not necessary (like games five through seven of the World Series).

So, until a court actually approves a signed Marital Settlement Agreement, parties can withdraw from it.

Still, it is better practice to have something signed before leaving a mediation session. In a perfect world, there will be a draft Marital Settlement Agreement which can be modified to include the terms of a mediation agreement. However, if that can’t be done, parties will be less likely to withdraw from an agreement if their signature is on some paper explicitly stating the terms of their agreement. At the very least, a mediator can write notes summing up the terms and send a confirming memo to the parties.

Choosing the right mediator and conducting mediations in an efficient fashion can result in miracles. At the very least, given the costs and risks of a trial, lawyers ought at least to try mediation. Done right, this could cause my “case law update” program to go out of business. Which would not be an entirely bad thing.

Personal Note: Need a mediator for your family law case? Loeb & Herman offers mediation services. To find out more, give me a call at (414) 272-5632 or by using this form.