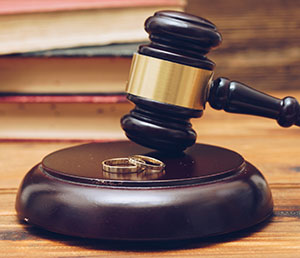 Last month, I took a look at the Wisconsin Supreme Court decisions in family law in the past year.

It was not a good report card. How did the court of appeals do in my never-humble estimation?

Well, there weren’t a lot of cases, but let’s take a look back at a few that were of importance.

2020. In Kemper Independence Insurance Company,v. Islami, No. 2019AP488, the court of appeals affirmed a summary-judgment order in favor of Kemper which denied coverage for the loss of Ismet’s home due to a fire intentionally set by Ydbi, from whom she is legally separated.

The court went on to note that “[T]here are more rights remaining in a marriage after a legal separation than following an absolute divorce.” Well, thanks, but that doesn’t help a lot. I mean, someone cannot be a little bit pregnant, but can they be a little bit married? Let’s hope the Supreme Court will provide a definitive answer, as this question arises frequently in the practice of family law.

The other published case is Schwab v. Schwab, No. 2019AP1200. In this, the court of appeals reversed a trial court’s decision to allow an ex-wife to bring a contempt action 25 years after her divorce, seeking a share of her ex-husband’s pension. The appellate court held that her action was barred by Wis. Stats. §893.40, which, essentially, requires that an action to enforce a judgment must be commenced within 20 years after the judgment is entered.

Although the holding seems appropriate, it’s doubtful that this case will apply to a whole lot of other cases out there.

Among the authored, but not published, cases, the most disturbing was Franks v. Smiley, No. 2018AP2278 (June 23, 2020, unpublished). In that case, the Court of Appeals affirmed a trial court’s decision to modify a divorce agreement so as to provide a father with increased physical placement of his and his wife’s children.

The major holding in the case was that the trial court had not misused its discretion in finding that a substantial change of circumstances justified modifying the placement schedule. Even so, the court noted that one of the factors properly considered by the trial court was that the “children have now reached a competency level [nine and six] at which they are better able to express their own wishes”.

Nine and 6 years old? Really? Children at that age should be allowed to express their wishes? One would hope that the competency level would be closer to driver’s license age.

Allowing children to play a role in the legal system at too early an age opens risks of manipulation and future guilt. Actually, children under a certain age, regardless of their “competency,” should be told that placement is no more their choice than it is their choice whether or not to attend school.