Legislation Dealing With Domestic Abuse, Custody Not Having Intended Effect 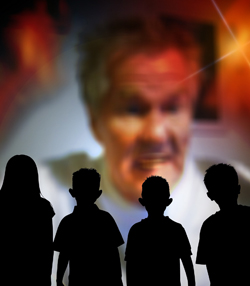 The article summarizes a study finding that a law designed to prioritize safety in domestic-abuse cases is having little effect. Rather, according to the article, research shows that domestic-abuse findings are rarely made, joint custody is the most common order and safety provisions or other references to domestic abuse are rarely present.

It is with trepidation that I write about this issue, since nothing should be construed as defending domestic abuse in the slightest. In fact, my practice has a zero tolerance rule and, on a few occasions, I have withdrawn from a case after a client has violated that rule. Simply put, there is no excuse for any behavior which constitutes abuse – physical, emotional or verbal.

But even though the article shows that the legislation dealing with domestic-abuse cases has not achieved the desired and intended results, it does not discuss any possible reasons for this failure. After all, I’d presume everyone would agree with my “no tolerance” policy and that the legislation was well intended. So why the lack of results?

Let me suggest a couple of possible reasons. First, joint legal custody is, for the most part, merely symbolic. The authors of the Wisconsin Lawyer article misread the statute by assuming that “joint” custody means “joint decision-making,” which would “force victims and children into more contact with abusive parents.” But that is not the wording of the statute. Rather, the joint-custody provision empowers both parties to make major decisions independently. Contrary to some popular belief (including at least one appellate court decision), it does not require the parties to agree on the decision or even to consult each other.

Wisconsin really has “several” custody rather than “joint” custody. In addition, most of the major decisions delineated in the statute are rarely, if ever, issues. When is the last time a court had to decide when a child could marry, drive an automobile or enter the military? In real life, the only decision specified in the statute which arises with any frequency (and not much, at that) is the choice of schools. In the rare case when even that issue arises, it is usually easily resolved by determining who is going to pay (if the issue is public vs. private school) or which parent lives in the desired school district.

So if joint legal custody is, in almost all cases, relatively meaningless, why not encourage fathers, even those who have committed domestic violence, to be involved in their children’s lives by ordering joint legal custody, since doing so would have a minimal, if any, effect on the mother? After all, the primary goal of family court is to promote the best interests of children.

And that brings up a second possible reason why the law has had little effect. It may be possible to be a relatively decent father (please note the qualifier “relatively”) and still play a positive role in the life of a child. Although domestic violence of any kind is wrong, it would be a huge leap to say that anyone who engaged in domestic violence should be deprived of all placement with a child. Further, if a person is not going to be deprived of placement, what practical effect does the amount of placement have on a victim of domestic violence, unless safety is involved? If safety is involved, then exchanges should only be made under secure circumstances. But that does not necessarily affect the amount of placement. Put differently, once a parent has a right to unsupervised placement, the amount is a difference of degree, not kind.

In general, most child-centered experts, guardian ad litems and courts believe that children benefit from sharing time with both parents. Since the rights of children trump those of parents, there should be placement with a parent who committed domestic violence if such placement is in the best interests of children. Of course, safety precautions should be instituted during exchanges, but that is a separate issue from the amount of placement.

Again, this article is not meant to defend or excuse anyone who commits domestic violence. It is merely to speculate on why a law which was designed to protect women, but not punish men, has operated in a manner which has not affected court-ordered custody and placement.