Does It Really Take A Village? 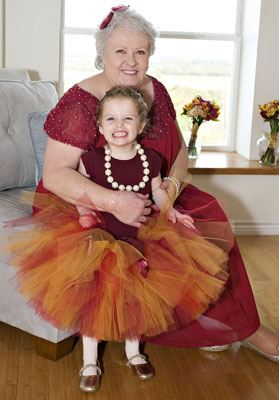 Should courts ever grant grandparents’ visitation rights against parents’ wishes?

It is rare enough that the Wisconsin Supreme Court decides a family-law case (the last one of any significance was McReath eight years ago) and even more rare when the case involves issues of constitutional law. The court’s recent decision in Michels v. Kelsey, 2019 WI 57 also involves issues of the nature of family in our society and the effect of the legal system on families.

In Michaels, the parents were never married, but agreed that Kelsey, the grandmother, should not have court-ordered visitation with her granddaughter. They were willing to have Kelsey see her grandchild, but on their own terms and schedule. The circuit court granted visitation rights nonetheless and the court of appeals certified the matter to the Supreme Court.

The majority opinion, from Justice Rebecca Dallett, vacated the circuit-court order which granted Kelsey limited visitation. The Supreme Court held that parents have a fundamental liberty interest in the care and upbringing of their child. Overcoming a fundamental interest must withstand strict scrutiny and be narrowly tailored to serve a compelling state interest.

The court found that the grandparent statue, Wis. Stat. §767.43(3) (the “Grandparent Visitation Statute”) is not facially unconstitutional as it is sufficiently narrowly tailored because a grandparent must overcome a presumption in favor of a fit parent’s visitation decision using clear and convincing evidence showing the parents’ decision is not in the child’s best interest. However, the court also held that the statute is unconstitutional as applied in this case because, as a matter of law, Kelsey did not overcome the presumption in favor of the parents’ visitation decision by clear and convincing evidence that the visitation was in the child’s best interests. Therefore, the court reversed the trial court’s visitation order and dismissed the case.

Justice Rebecca Bradley concurred, joined by Justice Daniel Kelly. The justices would have ruled that the statute is facially unconstitutional, not just unconstitutional as applied. They believe that is not in the interests of a child – either emotionally or financially – to even try to devise a compelling state interest which would overrule the fundamental rights of parents.

The issue is not an easy one. Grandparents can add a great deal to the lives of children, emotionally and financially. However, allowing courts to intervene in the lives of families can cause children great distress, necessitating the analysis of whether the cure might be worse than the disease.

The majority creates a very high bar for grandparents to overcome the right of parents to make most choices for their children. But there is a still a bar which apparently can be overcome. I say “apparently” here because it is difficult (impossible?) to conceive of a fact situation where this high bar would be surpassed.

Which leads to the question: Then why leave the door ajar at all? The concurrence, in a footnote, at least mentions the “adverse emotional impact of which is often suffered most acutely by the child” by litigation. The majority, although paying lip service to the best interests of children, spends absolutely no time at all discussing the effect of litigation itself on children. Unfortunately, this is consistent with other appellate cases in Wisconsin where this notion seems to be a foreign one. See Frisch v. Henrichs, 2007 WI 102, 304 Wis.2d 1, 736 N.W. 2d 85 for one example.

In a vacuum, a village which includes grandparents would be nice. But we live in a real world. In such a world, there will be grandparents who will try to force their way into childrens’ lives regardless of the wishes of their parents.

In a perfect world, Rodney King’s wishes (“Why can’t we all get along?”) would rule. In a real world, litigation can inflict damage. So, the nagging question left by this case is whether leaving such a narrow door open at all is worth the potential damage if (when?) someone decides to try to fit through it.