COVID AND CUSTODY: Surprising lack of litigation among parents over vaccines, masks 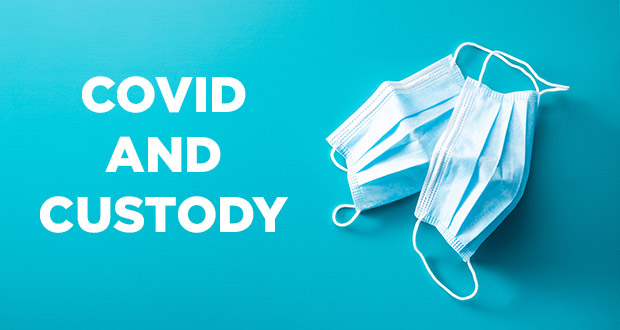 One of the expected consequences of the COVID epidemic was disputes between parents regarding parenting children.

These disputes could be over any of these matters:

Not surprisingly, there have been (to my knowledge, at least) no reported cases on any of these issues at the appellate level. This was expected given the length of time it takes for a case to progress from a disagreement (which on these issues could not have even started until about a year ago) to an appellate decision.

It is more surprising that there is a not a lot of anecdotal evidence on decisions at the trial level. In fact, judging by conversations with a number of lawyers and court officials, I can say there have been almost none. Again, given the proclivity of certain people to want to fight over anything (and everything) and the emotional importance of some of these issues, this is surprising.

Some of this is due, no doubt, to the fact that vaccines are not currently available for children under 12 years old. Still, the list of issues above leaves substantial room for disagreement on other questions.

Part of the reason for the lack of litigation may be the time it takes to get a matter into court. Although certainly most counties are faster than Milwaukee County (where it can easily take three months simply to get an initial 15-minute hearing before the FCC), by the time mediation takes place, a GAL is appointed and performs the necessary investigation and the court system affords sufficient time for a hearing, whatever has happened has, most likely, already happened. This protracted delay (which COVID has exacerbated) may not be a bad thing. In fact, if it forces parents to come to a joint decision – or just not to fight about it – this is a good thing.

Judges, of course, have no power to make any of these decisions. Or at least, to make them directly. Rather, assuming there is a joint-custody order (as is usually the case) if the parties cannot agree on medical issues, the court would assign decision—making powers to one of the parties. Where there is a parent with primary placement – or just more time than the other parent – that parent is likely to be designated the decider (to paraphrase President George W. Bush). But in real life, courts do not want to even designate a decision-maker. Rather, courts want parents to work out issues by themselves.

There is historical precedent for disagreements on health decisions for children, much of it dealing with non-main line religious beliefs. In those cases, such as one involving a parent being a Christian Scientist and not believing in medical care at all, the courts have uniformly come down on the side of the majority of medical authority. See, e.g., Lange v. Lange, 175 Wis. 2d 373, 502 N.W.2d 143 (Ct. App., 1993):

Although there may be some medical professional somewhere who believes vaccines, masks and social distancing are bad for children (there is always an outlier or two), if they exist, they are very much in the minority. Certainly, the vast majority of medical professionals are in favor of vaccines and masks and conservative about social mixing during the pandemic. Presumably, most parents recognize this and decide consistently with the majority of medical belief if, for no other reason, to be consistent with the likely outcome in court. In any event, the lack of litigation is surprising, but welcome.