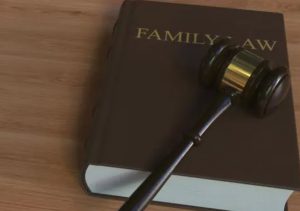 A number of years ago, I dedicated a column in Wisconsin Law Journal to what I called “silly” laws in the field of family law. It was called “State needs to divorce itself from these family law rules,” and appeared in the July 2012 edition.

“Silly” was my attempt to be diplomatic by not using the word “stupid”.

In that article, I wrote:

<em>But, perhaps the worst rule in this field of law is the prohibition against contingent custody and placement orders.</em>

<em>In Culligan v. Cindric, 2003 WI App 180, 266 Wis. 2d 534, 669 N.W.2d 175, the Court of Appeals held that the portion of a divorce judgment which contemplated a prospective change in placement is invalid. The appellate court held that trial courts lack the statutory authority to order a change of placement that is prospective and contingent on the occurrence of some anticipated event.</em>

<em>The need for such authority is most common in cases where at the time of the initial order a child is under school age and the parents live in different geographic areas. The preferable means to resolve such cases is for an agreement reflecting the current circumstances and the intent of the parties for placement when the child starts school full time. Either parent can return to court prior to that date if circumstances change, but the default setting is in place if there are no substantial changes.</em>

<em>Such an agreement would set the stage for avoiding litigation in the future. Amazingly, instead of discouraging litigation, the Court of Appeals decision in Culligan requires it.</em>

Eighteen years after that stupid decision (I’m less diplomatic these days!), thanks to the Wisconsin Bar Association Family Law Section, the Legislature passed and Gov. Evers signed into law 2021 Wisconsin Act 20, which allows certain stipulations to be adopted by the court. The new law is not perfect as it does not reverse all the effects of Cindric, but it’s an improvement.

Under the new law, a court may approve a stipulation for modifications of legal custody or physical placement upon the occurrence of a specified future event that is “reasonably certain to occur within 2 years of the date of the stipulation.” However, a court may not approve a contingent stipulation that is based on a party’s “anticipated behavior modification,” such as attending an anger-management course or drug or alcohol treatment.

A contingent agreement might, for example, designate which school district a small child is to attend when the child starts school. The idea is that, absent an intervening change in circumstances, there is an enforceable agreement and no need for lawyers or courts. This type of agreement is prohibited under Culligan but would be allowed under the new law if the child were starting school within two years of the agreement.

The deficiency in the new law is that it does not go far enough in reversing Culligan (and other cases), which prohibit such stipulations. These cases, as is true for other decisions by Wisconsin courts, fail to consider the stress upon children inherent in their parents’ litigation. Perhaps the reality of this stress is difficult to see from an ivory tower. In various cases over the years, Wisconsin courts do not even give lip service to this very important idea.

Contingent stipulations can avoid such stress on children by making litigation unnecessary. Of course, the stipulations can be voided if circumstances change in the interim. But the presumption should be in favor of avoiding litigation. Since half a loaf is better than none, thank you to the Family Law Section and the legislature for getting this law passed. Now, how about going the rest of the way?