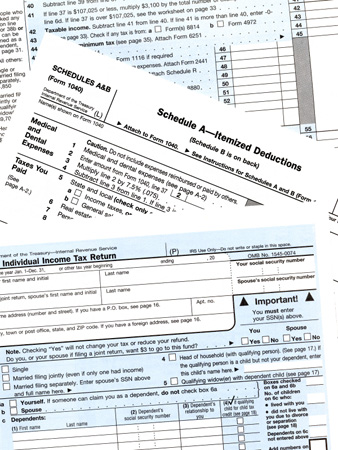 Although SCR 809.23(3), which allows the citation of unpublished, but written, decisions for their persuasive, but not precedential, effect, is generally a good rule, there is a certain category of cases which should be excluded from it.

That category is the one consisting of contempt cases, all of which are written down and, therefore, citeable. Some of these cases, such as a recent one, should be hidden from view.

First, a disclosure: I was counsel for the appellant, the former wife. OK, I’ll admit to being a sore loser. However, I am really a sore loser when the court makes a poor decision, which may very well cause confusion as to the requirement of exchanging tax returns in a case in which child support is ordered.

The basic facts of the case were undisputed: Jeffery had been ordered to provide his ex-wife, Cheryl, with his personal and his business tax returns annually. He did not do so, despite being specifically reminded in a post-judgment action by the trial court several years after the divorce.

Cheryl did not start the contempt action until after Jeffrey’s and her only child was over 18 and had graduated from high school, thus terminating child support. Cheryl relied upon Frisch v. Henrichs, 2007 WI 102, 304 Wis.2d 1, 736 N.W. 2d 85 in which the Wisconsin Supreme Court held that the failure of the ex-husband to provide his ex-wife with tax and income information as ordered constituted a “continuing contempt.” Yet, in the Krause case, the trial court ruled that since the father had paid other (non-ordered) expenses for the minor child and that the child was over 18, there was no “intent” to ignore the court order.

Amazingly, the court of appeals affirmed.

Is the word “continuing” too complex for the court? How about a specific holding from the court of appeals that payments for support made in a manner other than that prescribed in the order or judgment are not a substitute for support? Douglas Cty. Child Support v. Fisher, 200 Wis. 2d 807, 547 N.W.2d 801 (Ct. App. 1996). Most important, how can a failure to provide tax returns be anything other than intentional, especially since the court specifically reminded Jeffrey. What, he forgot?

Held to its own facts, the case would just be one more example of a court not following the law (it happens). But, since it is a signed decision, it can be – and already has been – cited in other cases.

For example, this case can (and should) be cited to clients who don’t want to provide their tax returns to their former spouse – especially if child support will be ending soon. Further, paying other expenses for the child may be a defense that could be used to excuse a failure to provide such tax returns. Finally, and most importantly, most lawyers assume that failing to provide tax returns as ordered is a form of strict liability – either the returns are provided or they are not. Instead, it turns out there is wiggle room for those payers (and there are a lot out there) who would prefer to wiggle than follow a simple court order. Who knew?

Personal Note: After a hiatus of several years, it is a pleasure to return as a columnist on family law for the Wisconsin Law Journal. It is my hope to provide pieces, like the one above, which are at once interesting, informative, entertaining and provocative.