How Support Has Changed in the Age of COVID-19 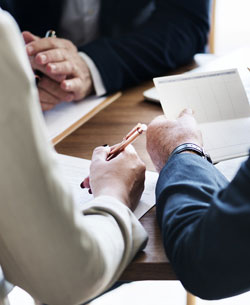 Although I’m normally not one to bemoan the “good old days” gone by, there are instances in which I do. And given the unprecedented and unusual circumstances surrounding the COVID-19 outbreak as it affects the legal system, one such instance comes to mind.

Back in the olden days, when a support payer (back then it was almost always men) lost his job, he could wait until he had a new one before seeking relief in court if his former spouse was unwilling to agree. At that time, the court could make a determination if the loss of employment had been involuntary and then adjust, not just future support, but forgive any or all arrears which had accrued in the interim.

That all changed many years ago. Today, Wis. Stats. §767.59(1m) prohibits the revision of support before the date that the notice of a court action has been provided, except in very limited circumstances. As a result, when a payer receives notice of a reduction in pay or a layoff, he or she needs to promptly bring a modification action.

In normal times (which this most certainly is not), the necessity of bringing a legal action creates a burden since it would be preferable for a payer to spend any available time seeking new employment rather than bringing a court action. In the age of COVID-19, difficulties multiply.

Although some symptoms of this virus are mild, many are not and the possibility exists that health could be an impediment to seeking legal relief. No health exception to the non-retroactivity law can be found in the statute, although one would hope that courts would find some means of exercising their equitable powers of relief in such circumstances.

More commonly, the source of trouble will not have to do with health but rather lack of income. Failure to either file a timely motion or get another party to stipulate prohibits retroactive modification of dollar-expressed orders, which constitute almost all support orders. In other words, the meter keeps clicking.

This problem is even worse in cases in which a payer does not lose 100% of his or her income but rather has a severe reduction in income and support is being paid using an income assignment. In such cases, the support will continue to be sucked out of paychecks since it would take a subsequent court order to modify the income assignment. Although in most cases, federal law prohibits assignments from sucking out more than 50% of wages, such an assignment can create severe hardships for the payer (and, of course, the payee).

Piling on the misery, since the courts are basically closed (when is the last time that happened?) and absent a stipulation from the payee, there is no immediate relief in sight. And when the courts finally open – whenever that will be – the backlog will make an already busy court calendar even worse.

So, my advice to payers (and their lawyers): File a motion immediately! Leave the eventual hearing date open, but get the motion filed.

My advice to payees (and their lawyers): Be reasonable! Stipulate when possible. Whereas previously, the assumption in court is that anyone without a job is not trying real hard to find one (see Gregg Herman, “Choice of Jobs Available in a Time of Full Employment”, Wisconsin Law Journal, May, 2019), those were, well, the good old days. Today, courts will not look kindly on payees who refuse to be realistic and cooperative.

One would hope that many payees would understand reality and cooperate. In such cases, e-filing stipulations and orders will be easy. But when a payee is not so cooperative (which will certainly occur), an already backlogged court system will be even more so as support orders will have to be modified. Ah, one wishes for the good ol’ days!