Earlier this month Governor Walker signed into law 2015 Wisconsin Act 253, which authorizes judges and court commissioners to include protections for victims’ pets in restraining orders and injunctions. Under the legislation, a domestic violence order can include a provision to order abusers not to remove, hide, mistreat, or dispose of a family pet and to allow the victim or someone acting on the victim’s behalf to retrieve a pet. 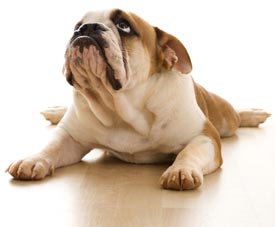 The Milwaukee Journal Sentinel story about the legislation quoted a statistic by the American Humane Society that “71% of pet owners who seek safety at domestic abuse shelters report that their batterer had threatened, injured, maimed or killed family pets as a form of revenge or psychological torture.” The article continues that “[Q]uite often abuse victims cite concerns about the safety of their pets as the reason they stay in an abusive relationship.”

Divorce lawyers have experience with the difficulty of dealing with pets in family law. In the best of circumstances, pets can be like children to some people, especially couples without children. Yet, the legal system treats pets like property, so they are subject to equal division, not custody and placement orders. As a result, they cannot be divided, but only awarded to one party or the other. Unlike other assets where ownership may be in dispute, the award cannot be decided by auctioning the pet to highest bidder. Further, the value of a pet cannot be stated in dollar terms. Even if a pet could be sold on the open market, it would be a bad result for both parties since – and here the trite saying is really true – it is not about the money.

Every lawyer, as a result, has a horror story involving pet litigation. In my office, it is a case where the parties had no children, but a dog they both desperately wanted. The opposing attorney wrote us that since neither party could imagine life without the dog, the only solution seemed to be to euthanize him. The lawyer was quite serious. No, that was not how we resolved the matter.

Resolution is not easy because, unlike other assets, there is really no recourse to litigation. Judges want to hear arguments about pets even less than they want to hear arguments over children. At least with children, there is a GAL who makes an independent recommendation to the judge. As a result, pet disputes are perfect for mediation. Both parties love the same pet, and there is no recourse to courts. I’ve seen some very creative mediated arrangements that benefit both parties – and the pet.

Given how some people feel about their pets (confession time: I’m one of them!), it is not surprising that a DV victim will want to protect it. Similarly, a DV perpetrator will look for the best way of hurting someone, and if they have to go through the pet, they may very well do it.

While this legislation is not, of course, a panacea, it should help in certain cases. It should encourage certain DV victims to move forward with a safety plan to get away from an abuser. As a result, it would also protect children, who suffer immensely from being witnesses to such violence. Thank you to Attorney Megan Senatori, DeWitt Ross & Stevens S.C. in Madison, and others who worked to enact this legislation.

As it appeared in the March 2016 online edition of InsideTrack , a bi-weekly newsletter published by the State Bar of Wisconsin.